The 92nd Academy Awards took place on February 9, and while acting ability, directorial genius, and artistic elements steal the spotlight, dentistry is always a part of Hollywood's appeal. Of course, those “million dollar smiles” are thanks largely to cosmetic dentistry, oral hygiene and the like, but there’s another way the dental profession has made its immortal mark on Tinseltown.

For his role as the swashbuckling Captain Jack Sparrow in the Pirates of the Caribbean franchise, actor Johnny Depp underwent extensive gold capping of his teeth. He held onto the gold caps until filming closed on Pirates 3, after which he endured the painful process of removing the caps.

One of the funniest moments in the comedy-drama, Mrs. Doubtfire, comes when the title character, played by Robin Williams, takes a sip of water and his set of fake dentures falls out. He quickly quips “Carpe Dentum” and fishes them out with a fork (and spoon, handled deftly by Pierce Bronson).

Who can forget the 1994 movie, Dumb and Dumber, starring Jim Carrey and Jeff Daniels as two sincere but clueless friends on a cross-country journey to find the woman of Lloyd’s dreams? In the movie, Carrey sports a severely chipped maxillary incisor.

Did Carrey chip his tooth for the role, or was it CGI? Neither, as it turns out. “Clark La Prairie jumped on my head in grade school detention,” says Carrey. To add to the look of his character, Carrey had the cap removed from the old injury. “De Niro gains weight. I file my teeth off,” he once quipped.

Missing Tooth in The Hangover

In 2009’s The Hangover, Ed Helm’s character loses a tooth after taking a punch from Mike Tyson. In the film, he loses the tooth, but in actuality, Helms pulled out a tooth implant that he already had in his mouth. Medical professionals fastened a gum guard to stave off infection during filming. 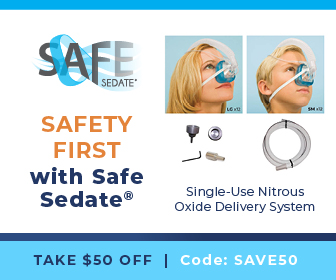