We take a clear look at the filtered reality of social media, selfies, and smile makeovers.

“Mirror, mirror, on the wall. Who’s the fairest of them all?”

A fairy tale query that had dire consequences has evolved. We now hold the magic mirror in the palm of our hands, but it can’t be relied upon to be completely truthful.

Not long after phone cameras were invented, the “selfie” followed suit, with the term itself being coined almost 20 years ago. Popular social media platforms have since been filled with self-photographs encompassing all ages, genders, and walks of life.

Thanks to photo airbrushing tools like Facetune, users can even eliminate blemishes and wrinkles to improve their image. The advent of creative filters and lenses on the Snapchat app – largely favored by the younger crowd – have taken selfies to a whole new level. In addition to adding animated sparkles or silly cat ears, their filters can distort or enhance facial features with a quick tap on the phone.

Anyone who’s been a teenager can probably remember how important self-image is as well as how they believe they’re perceived by others. So, it’s not surprising that the bright spotlight of social media has created an alarming phenomenon seen in both the medical and dental fields. Whereas a cosmetic doctor based in England was accustomed to clients bringing in celebrity photos for their desired results, in recent years he noticed an increase of potential patients showing him selfies drastically altered by the popular apps.

“That’s an unrealistic, unattainable thing,” Dr. Tijion Esho told The Guardian in a 2019 article. Esho is credited with coining the phrase ‘Snapchat dysmorphia,’ based on the psychological condition of body dysmorphic disorder (BDD).

According to the American Psychiatric Association, BDD is primarily an exaggerated preoccupation with non-existent or slight flaws in one’s appearance. While the number of patients diagnosed with BDD is relatively low, a 2019 survey of the American Academy of Facial Plastic and Reconstructive Surgery showed a full 72% of members reporting prospective patients seeking cosmetic procedures to look better in selfies – a figure that’s jumping every year.

And dysmorphia isn’t just limited to Gen Z. As a result of the COVID-19 pandemic, millions of Americans began taking their meetings and workplace conversations to online video platforms like Zoom. Because we’re not accustomed to looking at ourselves when talking, it can lead to heightened awareness of appearances and smiles. This “Zoom Boom” – as discussed in a recent Incisor article – has contributed to notable growth in cosmetic dentistry.

Dentists have always advocated for bright, healthy smiles, and the ongoing advancements in less invasive, more affordable cosmetic procedures have made those smiles even more accessible. Often marketed as a “smile makeover,” many dentists offer a customizable menu of treatment options that may range from teeth whitening to veneers, and implants to Invisalign®.

A makeover can address existing issues that patients simply weren’t as conscious of before Instagram selfies and Zoom meetings, which can improve confidence and self-esteem. Increased awareness of dental health is always a good thing, however dental professionals should be aware of the growing prevalence of BDD iterations.

According to Dr. Martin James of the University Dental Hospital of Manchester, teeth are the third most common area that BDD sufferers have anxiety about. Although it isn’t a dentist’s responsibility – nor ability – to diagnose BDD in a patient seeking a smile makeover, there are screening options to consider if there are heightened concerns. The Body Dysmorphic Disorder Questionnaire (BDDQ) can flag problems prior to treatment so the patient can be referred for psychological counselling.

Unfortunately, those with a BDD predisposition are more likely to be dissatisfied with the outcome of their cosmetic treatment, leaving the dental professional in a difficult position.

The damage that social media can cause to impressionable young people visibly moved from speculation to reality when a former executive from Facebook testified before Congress earlier this month. Among the allegations presented, the social media platform, which also owns Instagram, admitted in corporate data that “We make body image issues worse for one in three teen girls.” It remains to be seen if the media giant will make positive changes based on this information.

Although Snapchat and TikTok aren’t in the hot seat (yet), it’s increasingly clear that social media is in dire need of its own makeover. In the meantime, dentists can strive to provide thoughtful and conservative oral healthcare to the young smiles who daily face impossible standards that previous generations couldn’t imagine. 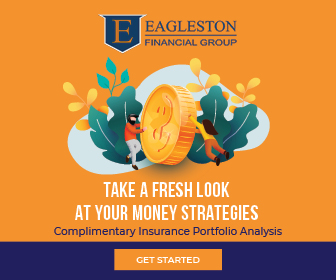