Researchers Studying the Teeth of the ‘Xujiayao Juvenile’ Hope They Will Tell Us More About Our Own Development
Tuesday, March 26, 2019
Science & Health
Share

As most parents can attest, humans take much longer than the average animal to mature. To understand how and when we evolved to require such a lengthy period of dependency, some scientists look to hundred-thousand-year-old teeth.

“Although we know something about the pace of dental development in Neanderthals and early anatomically modern humans, we did not, until this study, know much about dental development in East Asian hominins,” Debbie Guatelli-Steinberg, PhD, co-author of a new study in Science Advances which used the analysis of teeth to provide clues about ancient lives, and professor of anthropology at Ohio State University told Incisor told Incisor.

She and her team studied the teeth of a 6 ½-year-old who died 104,000 to 248,000 years ago in order to learn more about this population. The OSU researchers used a newly-developed strategy of synchrotron microtomography to study the interior of the child’s teeth. Despite certain similarities to older species, one tooth, the first molar, showed growth lines indicating it had erupted shortly before the child’s death, at about the same time it does in modern humans.

Anthropologists are naturally interested in knowing when and in which of our ancestors this unique feature of humanity evolved.

“The reason this is interesting is that humans take a very long time to grow up compared to all other primates, and their pace of dental development reflects this unique feature of their life course. Prolonged periods of development are thought to afford species extra time for learning before striking out on their own,” explained Dr. Guatelli-Steinberg. “So, anthropologists are naturally interested in knowing when and in which of our ancestors this unique feature of humanity evolved.”

So far, the OSU specimen is the oldest East Asian fossil to share this delayed dental development. But that may be almost the only thing we know about what the researchers call the ‘Xujiayao Juvenile.’

In the 1970s, researchers uncovered hominin remains in Northern China, including what seem to be multiple species, dating from 100,000 to more than 200,000 years old. Previous research suggests that Neanderthals, homo erectus, homo sapiens, and Denisovans all lived in the area simultaneously.

"We don't know exactly where this enigmatic East Asian hominin fits in human evolution," said Song Xing, lead author of the study, who is at the Chinese Academy of Sciences in Beijing, in a press release. "It has some affinities to archaic human relatives like the Denisovans and Neanderthals with, as we found, some more modern features. It is a strange mosaic."

Figuring out exactly what species the child belonged to will require genetic tests, comparing its DNA to that of humans, Neandertals, and Denisovans to determine who exactly the “Xujiayao hominins were,” says Dr. Guatelli-Steinberg. That’s what she plans to do next. 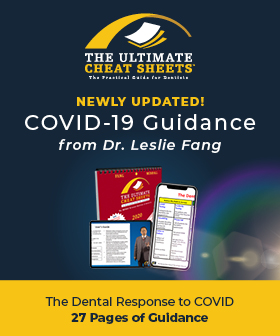