She’s a Cover Girl, But No Role Model

At age 21, model and television personality Hailey Baldwin has already been featured in Vogue, W, and Jalouse Magazine; been the cover girl for Marie Claire and Elle, and walked the runway for Tommy Hilfiger, Tory Burch, Dolce & Gabbana, and Philipp Plein.

But as far as the dental profession is concerned, she is no role model.

In late April 2018, during her debut appearance on The Tonight Show Starring Jimmy Fallon, a ponytailed Baldwin impressed the host with her so-called “life-hack,” using her teeth to remove the caps from two sealed bottles of Corona Extra beer.

“I’m going to preface this by saying: Don’t try this at home,” Baldwin said, before tilting her head to the right, inserting the top of the bottle in her mouth, and using her upper and lower right premolars to pry the cap off the fizzing bottle. (See for yourself at minute 5:30 in the video.)

If that wasn’t incentive enough to cause tens of thousands of adolescents and foolish adults to want to replicate Baldwin’s trick, host Jimmy Fallon responded by telling her, “You are the coolest person I’ve ever met.”

Baldwin said she first used her teeth as a bottle opener on a shoot in the Bahamas when she and “a bunch of people …were on a boat and we didn’t have a bottle opener.” So she tried opening a bottle with her teeth, and to her delight, did so easily. She then proceeded to crack open 15 additional beers for her companions.

“You are the coolest person I’ve ever met” – Jimmy Fallon

Among those posting their complements after her Tonight Show exhibition were fellow celebrities Lorde, Paris Hilton, Alessandra Ambrosio, and Vanessa Hudgens.

While most of the fans who viewed the video of her bottle-opening feat on YouTube were impressed, one fan did caution, “I know someone who broke her tooth in half from opening a bottle with her teeth. She had to have the rest of the tooth pulled out and get a fake one.”

If Baldwin’s bottle-opening isn’t enough to cause most oral health professionals to cringe, the New York Post’s Page Six reports that Baldwin is one of a growing number of celebrities – including Katy Perry and Pink – who’ve taken to affixing diamonds to their teeth to give them genuinely sparkly smiles.

Dr. Michael Apa, dentist to star Uma Thurman, cautioned that gluing diamonds to incisors can chip teeth and cause calcification. “Tooth jewelry can also trap bacteria and food particles below it and underneath your teeth, which can cause bad breath,” he told the newspaper. “It’s also extremely terrible for the gums, as it can cause inflammation that can lead to a bevy of additional dental issues.”

None of which is likely to dissuade fashion and trend-conscious consumers from following Baldwin’s lead.

It’s too soon to report any hard evidence, but it’s a safe bet that dentists will soon be seeing an increase in the number of patients of who have cracked their teeth imitating Baldwin, or damaged them after affixing jewelry to their central incisors. 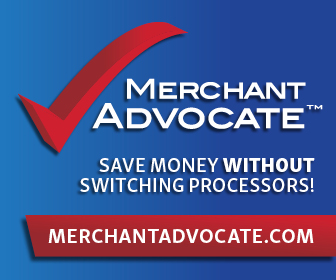