This Tongue-in-Cheek Harvard University Award for Dental Research is Nothing to Spit At
Monday, September 23, 2019
Science & Health
Share

Twenty-five years ago, Professor Shigeru Watanabe and a team of researchers from the School of Dentistry at the Health Sciences University of Hokkaido in Japan, published an obscure paper in the research journal, Archives of Oral Biology.

The article, based on research conducted a decade earlier, addressed a topic that even in the typically ersatz world of medical academia, seemed rather, well, frivolous: Exactly how much saliva is generated each day by the typical five-year-old?

The answer, as Professor Watanabe and his four co-authors would divulge in their paper (a paper that, as it turns out, was exactly two pages long), is approximately 500 milliliters.

The authors contended that the work was important because, prior to their investigation, researchers had successfully calculated how much saliva adults generate, but nobody had done so for children. Essentially, they said, their study served to close a gap in scientific understanding of the human condition.

The Ig Nobel awards recognize achievements that make people laugh, and then think.

Despite their enthusiasm however, "Estimation of the Total Saliva Volume Produced Per Day in Five-Year-Old Children" failed to win notice outside the halls of academia and—let’s be honest—not much notice even within those hallowed halls.

That is, until earlier this month.

That’s when Professor Watanabe, now 68, won the 29th First Annual Ig Nobel Prize in Chemistry. The Ig Nobels—as you might surmise from their name—are not particularly serious awards, but since their debut 28 years ago at Harvard University, they have certainly gained global notoriety.

“Good achievements can also be odd, funny, and even absurd...A lot of good science gets attacked because of its absurdity.” –The Ig Nobel Awards Committee

In short, the organizers say the awards are actually intended to celebrate science, and the committee underscores this by noting that each Ig Nobel Award is handed out to winners by a bona fide Nobel Prize winner. While some potential Ig Nobel awardees decline their invitations to participate, most accept.

Professor Watanabe was one of those who gladly accepted. A professor of pediatric dentistry, he made the trek from Japan to Cambridge, Mass. for the Sept. 12th ceremony, laughing good-naturedly along with the audience of roughly 1,100 enthusiasts.

On stage, Professor Watanabe was joined by his adult sons, who had been among the 15 boys and 15 girls to participate in the original saliva study, which Professor Watanabe said established an "important fact." It’s not clear, however, what that “fact” is.

Professor Watanabe’s prize was one of nine Ig Nobels awarded this year.

Among the topics tackled in other winning papers were gems such as, “how pizza might protect against illness and death, if made and eaten in Italy"; “how to determine the plausibility of scratching an itch”; “which nation's paper currently is most effective at transmitting bacteria?”; and, “why wombat poop is cube-shaped.”

The top honor in the anatomy category was won by two French researchers for their 2007 study, an exploration of how "to measure scrotal temperature asymmetry in naked and clothed postmen in France."

Author: Contributing writer Timothy Hyland has more than 20 years’ experience as a writer, reporter, and editor. His work has also appeared in Fast Company, Roll Call, Philadelphia Business Journal, and The Washington Times. 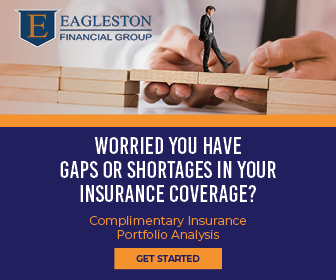