Given that penicillin is a safe, effective antibiotic, should dentists first confirm a patient's allergic reaction to penicillin before considering alternatives?

Predictable reactions result from the direct action of the drug on body tissues. They occur in a dose-dependent manner and often have a narrow therapeutic range. Allergic reactions are mediated by the immune system and are usually IgE-mediated. They can occur with any medication, even if the patient has not had a previous allergic reaction to that drug. Allergic reactions can be severe and, in some cases, can lead to anaphylaxis.

When to use Antibiotics in the Treatment of Endodontic Infections

Endodontic infections that result in apical periodontitis or pulpitis are polymicrobial, involving both gram-negative and gram-positive facultative anaerobes and strict anaerobic bacteria. Local operative treatment, tooth extraction, or drainage would suffice for most endodontic infections because they're typically confined within the tooth. There would be no need for systemic or local antibiotics in such a scenario.

In scenarios where systemic involvement and diffuse, gross and rapid spread of infection is evident, dentists should consider antibiotics as a complementary treatment to local treatment.

Therefore, it's important to remember that not all patients who think they're allergic to penicillin are allergic. In some cases, the patient may be experiencing a different type of reaction, such as a side effect or misunderstanding of the cause of their reaction. For instance, a patient may think they're allergic to amoxicillin because they got a rash after taking it, but a viral infection could be causing the rash.

Given that penicillin is the safest and most effective antibiotic for a majority of infections, dentists should make every effort to confirm a patient's allergic reaction to penicillin before considering alternative antibiotics.

The most common symptoms of an IgE-mediated reaction to penicillin are urticaria (hives) and angioedema (swelling). These reactions typically occur within an hour of exposure to the drug. Other symptoms include pruritus, flushing, bronchospasm, and hypotension. Dentists generally use antihistamines or corticosteroids to treat these reactions.

Anaphylaxis is rare but potentially life-threatening. Its symptoms include wheezing, bronchospasm, laryngeal edema, hypotension, and urticaria. Patients who have experienced anaphylaxis should be treated with epinephrine and referred to an allergist or immunologist for further evaluation. Timely adrenaline administration is critical, keeping in mind that delays can result in a poor outcome.

The first step in diagnosing a penicillin allergy is to take a detailed history of the patient's reaction. Dentists should then refer patients with a reported penicillin allergy to an allergist or immunologist for skin testing and, if necessary, oral desensitization.

Some of the questions the allergist or immunologist will ask the patient include:

An allergist or immunologist will likely perform skin testing. This involves injecting a small amount of penicillin into the skin and then observing the area for signs of an allergic reaction, such as redness, swelling or itching. If the patient doesn't have a reaction, they're considered non-allergic.

If the patient does have a reaction, the allergist or immunologist will then perform oral desensitization. This involves giving the patient increasingly larger doses of penicillin until they can tolerate the full dose.

Once the patient has been desensitized, they can be treated with penicillin.

Penicillin allergy is generally diagnosed in childhood and is often related to non-allergic or low-risk events for immediate hypersensitivity. Penicillin allergy labels influence antimicrobial stewardship by prompting the use of a less efficient and broader spectrum of antibiotics, leading to higher incidences of antibiotic resistance.

Antimicrobial stewardship programs are increasingly focusing on penicillin allergy de-labeling because they're highly prevalent and often inaccurate – and basing dental patients' treatment decisions on them may lead to inferior outcomes as well as antibiotic resistance. Given the seriousness of antibiotic resistance, there's a pressing need for more prudent antibiotic stewardship in dental practices.

Author: Solomon Ndungu is a technical writer and digital marketer with over eight years of professional experience. When he is not writing or creating SEO strategies, you will find him reading a book or singing his favorite tunes. 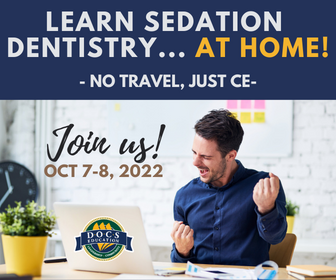 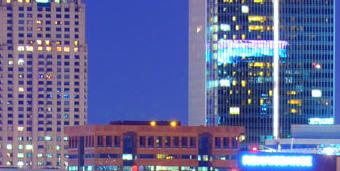