Would Your Patients Agree to Be Treated By a Robot for 50% Off Normal Fees?

Would Your Patients Agree to Be Treated By a Robot for 50% Off Normal Fees?
Monday, August 20, 2018
Technology & Gadgets
Share

Dr. Rice knows that people in the United States tend to be slower than those in many other countries when it comes to adopting autonomous technology.

After he read about scientists in China who used a new robot to place two dental implants in a female patient, he wondered what it would take for patients in the United States to consent to allowing robots to clean, floss, and perform surgery on their teeth and gums.

China has a shortage of dentists and dental hygienists; having robots perform some procedures is viewed as a possible means to ease the burden on public health. But the lack of qualified professionals isn’t exclusive to China. Many regions of the United States also struggle with a shortage of dentists.

“There's something magical about a 50%
discount psychologically”

Even where dentists aren’t in short supply, delegating to a robot some of the work they and their team do would save their practices both time and money.

Dr. Rice and his team surveyed 502 dental patients, asking if they’d allow a robot to perform ten different types of dental procedures (which they were told were currently being tested), including both invasive procedures, such as root canals and gum surgeries, and less invasive treatments, including routine cleanings and whitening.

Then Dr. Rice and his team asked, “what if the procedure was discounted 50%?”

As one might expect, significantly more patients were willing to open their mouths for a robot, if it meant a 50% discount - at least for noninvasive procedures such as cleaning and whitening.

At full price, 68% of the participants were willing to consider the procedure, but when offered a 50% discount, that number jumped to 83%. But no matter what the discount, 66% said they were unwilling to have more invasive dental work without the help of a human dentist.

“I'm pretty tech-savvy, and I'm an early adopter. I would fly in an autonomous aircraft. I would ride in a driverless car. But I would not see a robot dentist. Not right now. Maybe once they've perfected it down the road.”

“The biggest concern that our respondents are telling us in the surveys is that they're scared of being hurt by a robot that won't feel their pain and won't know when it hurts,” said Dr. Rice. Robots already exist that are able to help dentists perform surgery, but none of these models work without the physical presence of the actual dentist, who can respond reliably to a patient’s pain.

An important caveat is that women were significantly less likely than men to accept dental care from a robot. Dr. Rice says this was expected though, as women tend to be more resistant to new autonomous technologies including self-driving cars and planes.

He and his students presented the results at the 2018 International Symposium on Human Factors and Ergonomics in Healthcare.

That’s not stopping some scientists in the United States from working on automating dental work. Researchers at a company called Neocis in Miami are beginning trials for Yomi, a dental robot that will perform robot-assisted dental surgery.

In the future, Dr. Rice plans to visit the scientists in both China and Miami to meet their robots and learn more about their capabilities. For now, though, he’s not quite sold.

“I'm pretty tech-savvy, and I'm an early adopter. I would fly in an autonomous aircraft. I would ride in a driverless car.” He said. “But I would not see a robot dentist. Not right now. Maybe once they've perfected it down the road.” 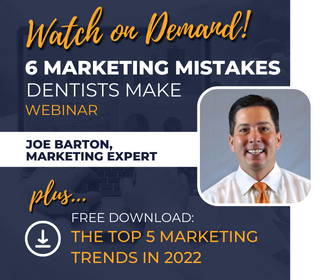